We are thrilled to be participating in the upcoming Expo Milan 2015. 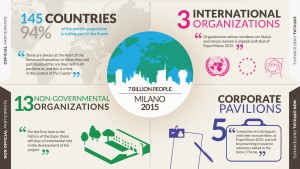 Expo Milano 2015 is a non-commercial Universal Exposition with some very unique and innovative features. Not only is it an exhibition but also a process, one of active participation among a large number of players around the theme of Feeding the Planet, Energy for Life. It is sustainable, technological, thematic and focused on its visitors. Open from May 1 to October 31, 2015, the Expo will host over 130 participants. Running for 184 days, this giant exhibition site, covering one million square meters, is expected to welcome over 20 million visitors.
Milan today
Milan was the thirteenth most visited city in the world in 2014 and was included among the three most important destinations for 2015. It’s a city to explore and love, full of treasures and a lively night life. Milan has always been an interesting and vibrant city: it was one of the most glorious towns during the Middle Ages, and the home of most spectacular Italian courts during the Renaissance. Leonardo da Vinci arrived in Milan from Florence looking for a job and ended up staying for a long time, as well as many others did after him. Having always been a focus for the history of the city, Milan has a considerable part of the Italian cultural heritage and is one of the major art cities; including such sites as The Duomo , churches, palaces, museums, without forgetting the contemporary art and architecture, that are also distinctive aspects of the city. Countless works of art are housed in Milan, and almost all can be reached by foot. The new districts that are springing up in the name of modernity are changing the skyline, which is poised to become one of the most beautiful in Europe.
A journey of tastes
Visitors will experience a unique journey that looks at the complex theme of nutrition. They will have the possibility to take a trip around the world, sampling the food and traditions of people from all over the globe. Expo Milano 2015 will be the first Exposition in history to be remembered not only for its products but also for its contribution towards education on food and the planet’s precious resources.
For more information visit www.expo2015.org

All You Need to Know about Tickets for Expo Milano 2015 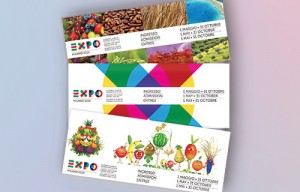